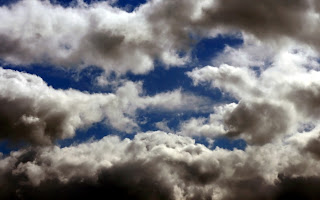 Grey clouds swell, climbing for the top of the sky. Air dampens as heavy clouds edge closer. One long cloud sprawls across the sky, its deep blue underbelly pregnant with rain. The far clouds rumble. At the other end of the sky, rolling thunder follows a white flash. Two ends of sky stretch toward each other, competing to veil blue. They head toward collision right above me. Cloud fingers meet.
I’m honored to receive front row seat to this rumbling convergence. As I watch, two skies become one thundering mass above me and I remember a friend’s words. “He’s given you favour, Kim”. She’s emphatic. FAvour; as though I should know and it’s simply obvious and why don’t I understand. Can I have favour? Is that allowed? I want to dance and sing, whoop praise and thanks but… is it true? Noah, Esther, Mary… many found favour with God. Can I? Are her words prophetic water to a parched soul or am I a deluded fool grasping?

Converged clouds rumble overhead, long and low and I can’t stop grinning. God bends over fields in grey and flexes thunder muscles across the sky. A sigh escapes as I drink in humid grey. He flexes again and winks lightening. Tree tops sway, leaves quiver. Pregnant blue gives way to wash out grey. Like crystals sprinkling, it comes. A gem curtain sweeps through Poplar forest. I hear it. Air thickens and gems fall louder, sweep closer. Hands raised to sky, I accept the gift of this moment. Crystal orbs wet my outstretched hands. I laugh, courted and won by the strength of a God who bends and who winks from behind clouds with lightening.

Thank you Lord, for this love struck moment – for the gift of you.

Yes, I'll say you're favored, and gifted too! You've written a beautiful love letter of thanks.

I pray you peace the Reach For a Change event. :)

You have a beautiful poetic way of writing. Thank you for sharing this intimate moment between a strong, handsome, loving God and the one he looks upon with favor.

I love this! and my name is Kimberly Dawn too! We're twins!!

From The Heart Online said...

Thank you, Unknown, for your prayers and loyal readership. I appreciate you.

Char - thanks for reading!

Your writing is lovely I second the above commenter, it's poetic! I especially like your post "Doing it". Thanks for stopping by at my blog and your sweet words! You encouraged me greatly!

You paint a beautiful picture of God's creation! I'm love-struck, too! God
in all His majesty is all around us!

Have a blessed week and thanks for linking up with Sharing His Beauty!

In His grip, Joan

(I got an error the first time I posted, so I hope this one works!) 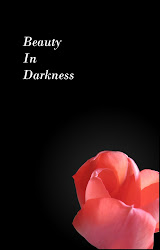 Email to request your copy. $15 profits donated to Gospel For Asia

Book Sale and Tour Profits Raised for Gospel For Asia